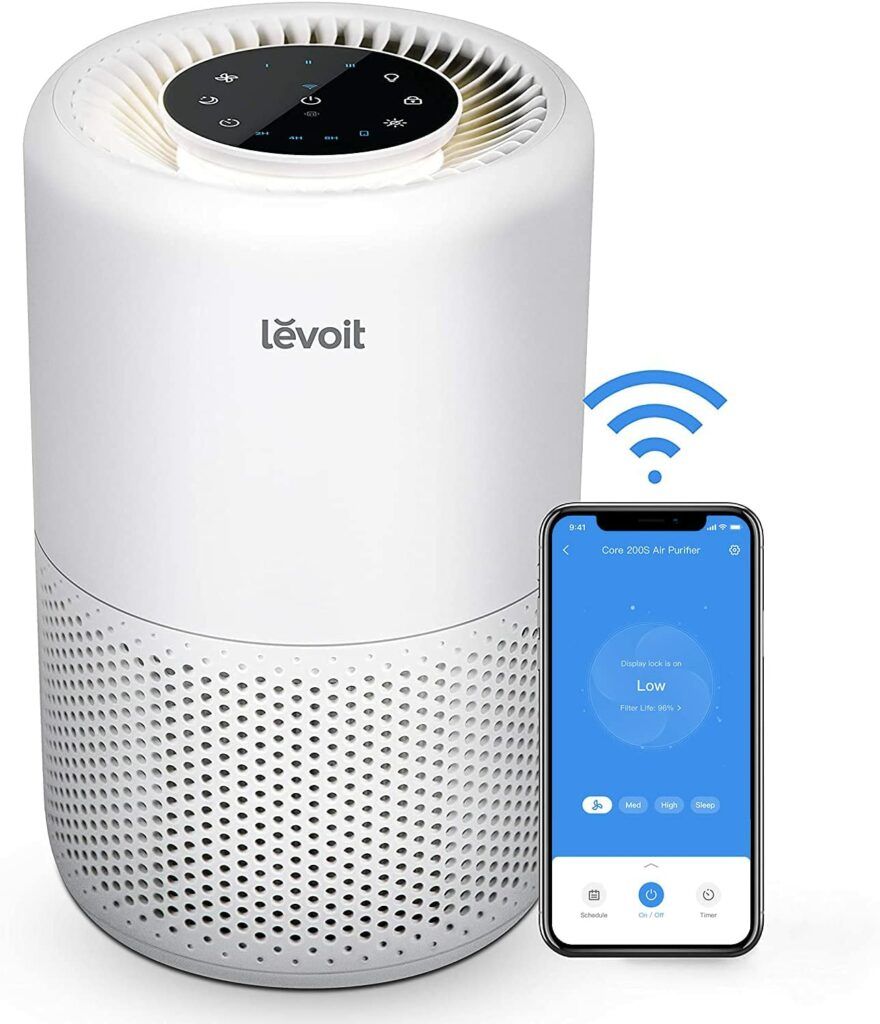 Today, this “Levoit Smart WiFi Air Purifier Review – Core 200S” is an honest and trusted review that you’re never seen. Check it out.

An air purifier is simply a device that purifies the air in the home by removing all contaminants such as odors, smoke, dust, and pet dander.

Given that certain pollutants might be five times higher in indoor air than in outdoor air, air purifiers could help mitigate the dangers posed by pollution and indoor activities.

In reality, however, not all air purifiers live up to their advertising claims. We will be looking at the Levoit Smart WiFi Air Purifier – Core 200S today, making sure to review in an unbiased manner.

About The Levoit Brand – #1 on Amazon 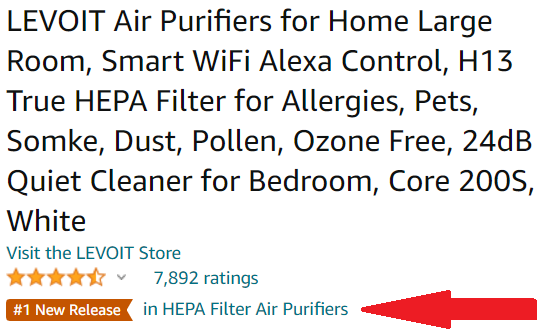 When it comes to price performance, Levoit is the best. The finest Levoit purifiers are just as effective as premium air purifiers at removing indoor air pollutants, including dust, pollen, smoke, mold, and so on. It is a comfortable, budget-friendly air purifier with high characteristics.

Levoit is a company that prioritizes its consumers and community. If you buy one of their products, they will offer you everything you need to set it up and run it. Negative customer service reviews are virtually non-existent.

The Levoit Core 200S Air Purifier has so many amazing features that make it one of the best in the market. Some of the features to be assessed in this Levoit Smart WiFi Air Purifier Review are:

Using the VeSync app, this Levoit 200S air purifier can be controlled from anywhere. You can change the settings while you are in another room, at the workplace, or out walking the dog.

In this Levoit smart wifi air purifier review, we found the Levoit Core 200S air purifier is very compatible with Amazon Alexa and Google Assistant. So the purifier can be used without having to lift a finger.

The Levoit Core 200S air purifier purifies the air wherever you put it, thanks to its compact frame and 360° design, refreshing the air five times each hour in areas as large as 183 square feet/17 square meters. Although, it has a lower range of microorganism captivity when compared to the Levoit Core 300S air purifier.

In this Levoit smart wifi air purifier review, it should categorically be stated that the Core 200S cleans the surrounding air with little or no noise. It possesses a noise level of about 24 decibels.

The Levoit Core 200S Air Purifier comes in a mini design. It is one of the smallest air purifiers, measuring 12.6 x 8.1 x 8.1 inches. It is also light at 6.6 pounds. It is simple to transport to any room in your house.

This air purifier is an instant alternative if you seek a small cylindrical air purifier and do not want to regulate it manually.

It comprises several filters and a fan that draws in and circulates air. As air flows through the filters, pollutants and particles are captured, and the clean air is sent back into the living room. Filters are generally made of paper, fiber (often fiberglass), or mesh, and they must be updated regularly in order to maintain their effectiveness.

The Levoit Core 200S is virtually the same as the Levoit Core 300S Air Purifier, but in a smaller size that will appeal to people searching for a smaller air purifier for their bedroom.

Levoit Core 200S as well as the Levoit LV-H132 or Levoit Vista 200 may be the cheapest Levoit air purifier series available on Amazon. They cost only about $80 on Amazon. However, this Levoit Core 200S Air Purifier can link to Google Assistant or Amazon Alexa for hands-free control. 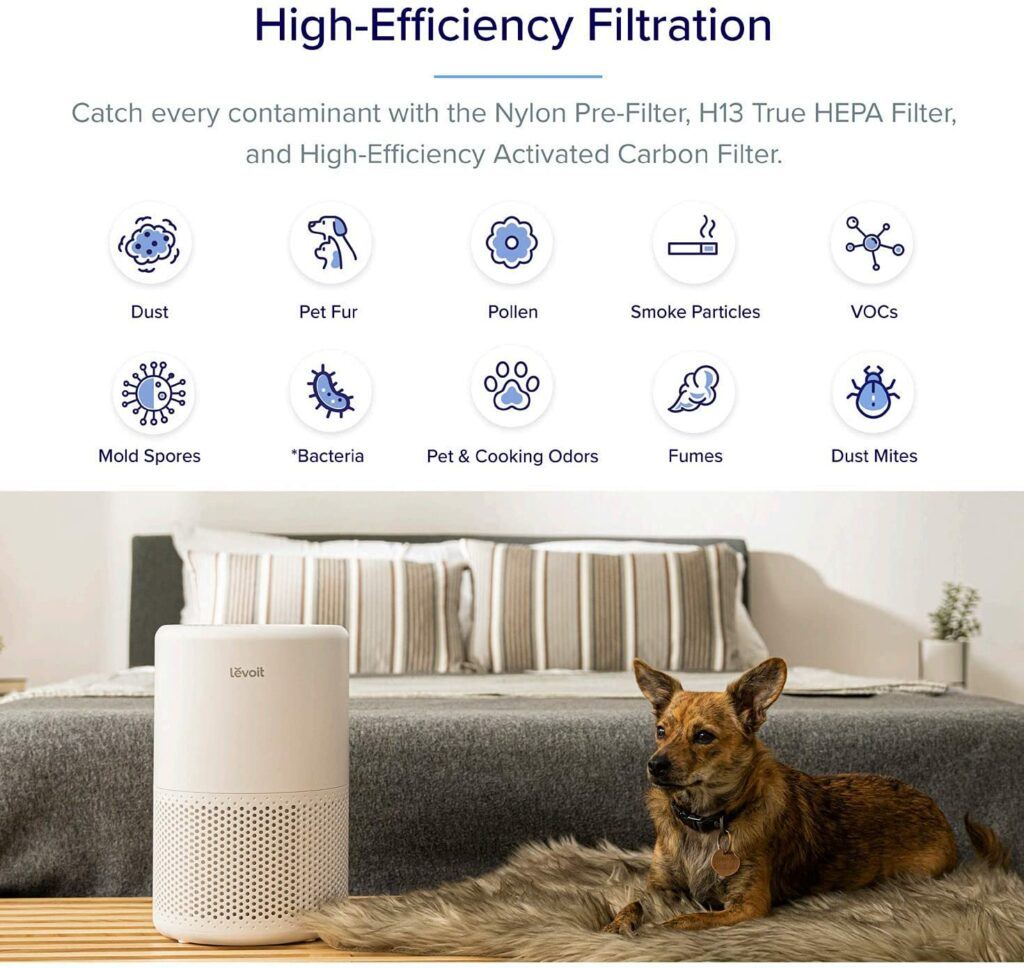 In this Levoit smart wifi air purifier review, we have successfully explained the individual features of the Levoit Core 200S air purifier, alongside its pros and cons.

In my opinion, the small size Levoit Core 200S makes it very portable, easily accessible, and very convenient to carry about.

The Wi-Fi feature is an amazing start, but the lack of a smart sensor and low fan power makes it less of a good option.

The 3-stage filtration and the ease of setting up by following already laid down instructions make the usage very easy.

If you are on a budget, the Levoit Core 200S air purifier is one of the best air purifiers you can acquire. An air cleaner makes a tantalizing promise: An appliance that purifies the air in your home by removing all contaminants such as odors, smoke, dust, and pet dander.

If you have any questions about the Levoit Core 200S Air Purifier, let me know in the comments below. I will be more than happy to help you out. Thanks a lot.

I joined the Amazon Associate Program and will get commissions for purchases made through links on the site. Learn more.